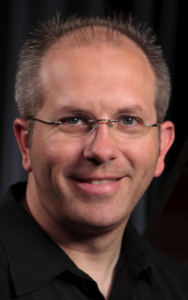 Richard Nichols, Dean of Fine Arts and Communication at Butler Community College, has areas of expertise in teaching, performing, composing, orchestrating, conducting, publishing and recording. He has served as a professor of music, as a performer with several professional orchestras in the US and abroad, as the director and editor of music publishing companies, as a conductor of choirs and orchestras, as a producer and director of over 25 commercially released recordings and as a composer of over 250 published compositions.

As a performer, he held appointments as principal horn with the Cape Philharmonic Orchestra in Cape Town, South Africa and with The United States Army Band "Pershing's Own" in Washington, DC, where he performed for two US presidents and multiple foreign Heads of State. Additionally, he has played with the Dallas Symphony, Rochester Philharmonic, Jacksonville Symphony, Columbus Symphony, Boston Brass and has performed recitals and masterclasses at the Eastman School of Music, the North Carolina School of the Arts, Florida State University and the Odessa Conservatory in Ukraine.

While Director of Soundforth, a music publishing and recording company, he oversaw the production of choral, instrumental and keyboard sheet music and produced and conducted choral and instrumental recordings. He is currently Choral Editor for the Fred Bock Music Company.

As a passionate advocate for careers in the arts, he speaks to high school and college students interested in pursuing the performing arts and has created a lecture entitled “You Don’t Have to Be a Starving Artist.”