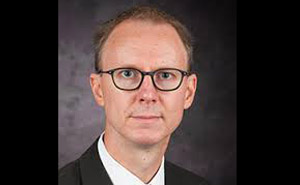 Butler Community College will host “Free Speech in Times of Crisis,” a presentation and discussion by Stephen Wolgast at 1 p.m. on Thursday, March 30 at the L. W. Nixon Library, 2nd floor 600 Building, 901 S. Haverhill Road, El Dorado.  Members of the community are invited to attend this free program. Refreshments will be served. The program is made possible by the Kansas Humanities Council.

The First Amendment grants U.S. citizens the right to express their opinions, including times when society is under stress. History shows, however, that sometimes people in positions of authority actively work to close off public discussion. This presentation will look at the reasons free speech is protected and provide current examples of how people in authority dissuade the public from speaking up. Events of today can be connected to William Allen White’s famous editorial, the work of Joseph Pulitzer and the history of journalism in the United States. William

Allen White, Kansas Pulitzer Prize winner, grew up in El Dorado. Stephen Wolgast is a professor of journalism and digital media at Kansas State University. He worked in newspaper journalism for 19 years, including 9 years as an editor at the New York Times. At the Times, he was a part of the newsroom efforts that were awarded the 2002 Pulitzer Prize for Public Service for reporting on the 9/11 terrorist attacks and their aftermath.

“One of the jobs the press has is to hold a mirror to society,” said Wolgast. “That’s why we have to report on the failings of government and institutions, even if it upsets the powers that be. If the press can motivate people to act when things aren’t going well, then by one measure the press has succeeded.”

The Kansas Humanities Council conducts and supports community-based programs, serves as a financial resource through an active grant-making program, and encourages Kansans to engage in the civic and cultural life of their communities.  For more information about KHC programs, contact the Kansas Humanities Council at 785-357-0359 or visit online at www.humanitieskansas.org.

For more information about the event, “Free Speech in Times of Crisis,” contact the Butler Community College library at 316-322-3234.