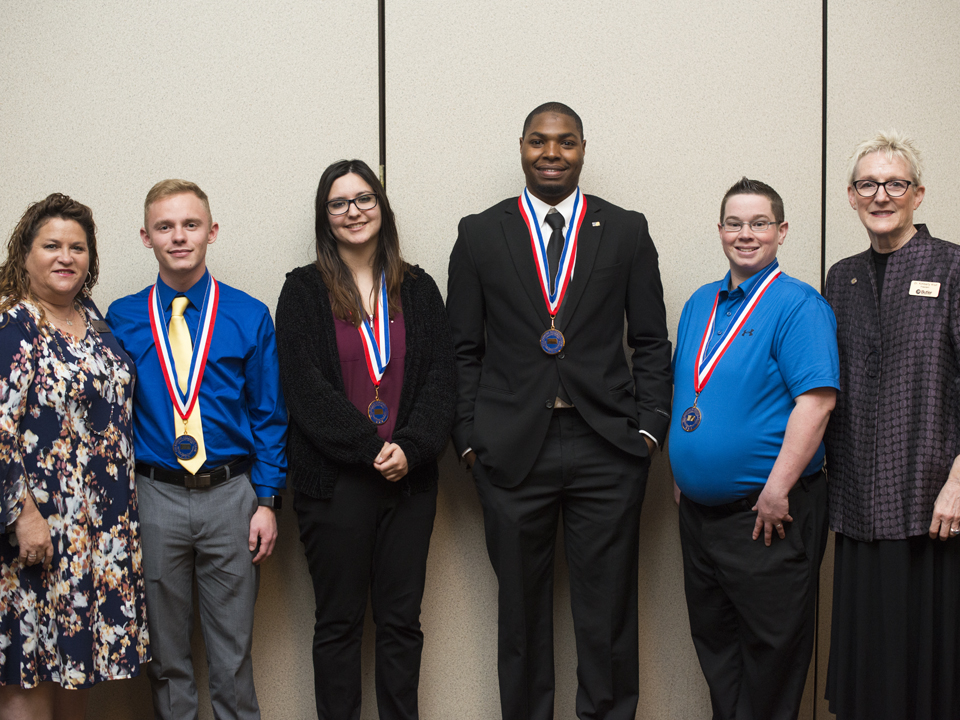 The honorees met with Kansas legislators in the Capitol and were introduced in the House Chamber. After their events at the Capitol, the students were served lunch with legislators, community college administrators, faculty and staff as well as parents.

During the luncheon, the keynote speaker, Dr. Brian A. Black, Human Resources and Environmental, Health and Safety Senior Site Leader for Spirit AeroSystems, addressed the need to be proud in being a part of community colleges. He reiterated that community colleges should “beat their drum.” He gave a lively speech and engaged the audience with his humor and passionate delivery.

The program is sponsored by Follett Higher Education Group with additional support provided by the American Association of Community Colleges and Phi Theta Kappa.

The following honorary students were awarded a medallion and scholarship, and are now considered for the All-USA National Academic Team: