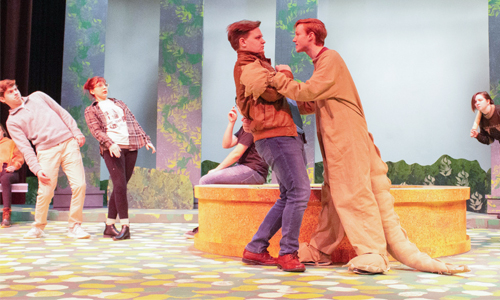 Uniquely Frank will run from February 18-26

"Uniquely Frank" will be performed daily starting February 18 at the college theatre in El Dorado for audiences made up of grade school children who will be bused in from their respective schools.

“Children are the most honest audience,” Peterson said. “The play is an opportunity not only to entertain, but to teach a moral lesson. I think good theatre should not only entertain, but send them home with a value.”

The show will run until February 26. A 2 p.m. matinee on Saturday, February 22, will be open to the public.

Price: $5 for adults and $2 for students and seniors. Butler students get in free with Butler ID.