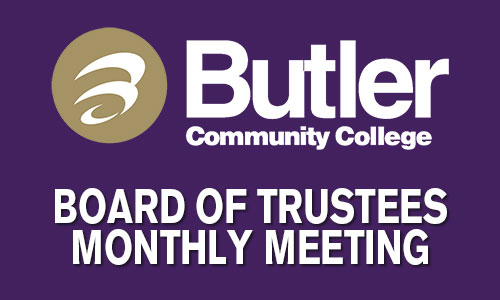 The college's Board of Trustees met at 4:30 p.m. Sept. 8 in person and by video. All trustees were present with Mary Martha Good participating by video. After the call to order, Trustees held a public hearing about the 2020-2021 legal and operating budgets. The board had voted at its Aug. 11 meeting to approve the unrestricted general fund taxes to be levied at 16 mills and the capital outlay at 1.846 mills for a total of 17.846. However, the Notice of Public Hearing failed to print in the local newspaper.

At the September meeting, trustees again signed off on local dollars to be levied at $14,420,075 — $12,928,138 for operations and $1,491,937 for capital outlay. Only one member of the public spoke at the September public hearing, Rod Blackburn. He spoke in favor of the college and said it was a “great return on investment.”

“Community colleges are one of the most effective ways to do technical training,” he said. “We’ll need you for the future and most certainly we need you right now. We’re not an island. We’re part of a regional economy.”

Under action items by the board, Trustees unanimously approved a construction technology associate of applied science degree to begin in the spring with the hiring of a fulltime instructor. Classes will begin in Fall 2021. The program will be part of the Science, Technology, Engineering and Math Division.

Tyler Dehn of Wildcat Construction told trustees that an academy-style program “is perfect for the construction industry. It’s perfect for getting in front of those kids.”

The degree program will prepare students for work in residential and commercial construction and remodeling. Area construction companies have pledged in-kind and financial support. The first three years of the construction technology program will involve one full-time faculty member. The first-year cost is expected to be $99,402.

Trustees also held lengthy conversation on policy revisions for board members including bylaws, a code of conduct and responsibilities, philosophy of compensation, code of ethics, professional development and resolution of censure. The review of the employee handbook and all college policies is being conducted in preparation for the Higher Learning Commission (HLC) visit scheduled in 2023. The first section of the handbook covers the board policies and bylaws.

Dr. Phil Speary, Butler’s dean of Academic Support Services and a peer reviewer for HLC for more than 15 years explained to the board the importance of this effort which may take most of the year to work through. In his HLC work, Speary serves as a team chair and reviews board operations and the relationship between the administration and the community college in general. The HLC looks closely at this criterion as part of their accreditation process.

Trustees voted to accept all of the proposed revisions except those related to the code of conduct and responsibilities and the resolution of censure, which it tabled for further discussion.

Trustee Julie Winslow commented that she doesn’t always feel trustees have the power to discuss agenda items. Other members felt the process was identified and clearly explained. Trustee Good advised that policy should include a $500 fine following guidance from the Kansas attorney general’s office if trustees publicly share information from executive sessions. Both of these issues will be discussed further.

College President Kimberly Krull reported that one employee had an active case of Covid-19. The college has seen 37 cases among employees and students since July, she said.

“Our numbers are still relatively low compared with a lot of folks,” she said. “Protocols are being followed closely.”

“It’s exciting to have them back on campus,” Krull said. “It will be fun to watch their confidence and job skills grow.”

She noted that food pantries are open on the El Dorado and Andover campuses for any students or staff in need of assistance. Krull also reported a student head count of 7,247, which is nearly 122% of the college’s goal, and 69,000 credit hours, short of the goal of 81,000 hours.The college still is enrolling high school students as well as students in short term classes throughout the fall semester.

Tyler Nordman, associate athletic director for the college, reported that five of 13 teams were named All-Academic teams by the National Junior College Athletic Association for their GPAs for the fall and spring semesters.

“It’s very impressive, and we’re very proud of our teams,” he said.

Trustees approved the consent agenda and adjourned about 8 p.m. The full meeting is viewable on Youtube BCTV Channel 20.