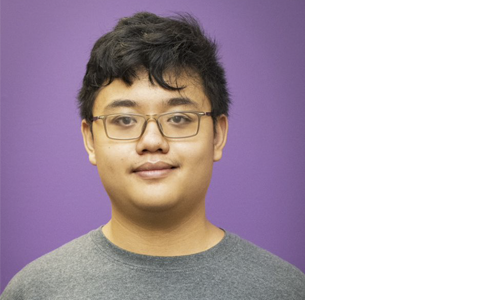 Receiving first place in MOS Word 2016/365 and MOS Word 2019/365 was Jason Wibowo of Wichita, a second year ECA Engineering Pathway student who is homeschooled. Aside from his own studies, Wibowo contributes to other students’ learning as a tutor at the Andover Campus.

Wibowo has the option to compete in one of his two first-place tracks in June at the Certiport MOS U.S. National Championships in Orlando, Florida. There will be more than 20 states competing to win a national championship title and prizes up to $3,000.

Alongside Wibowo, two other ECA students placed in the statewide competition. Anna Moon of Derby placed second in the MOS PowerPoint 2019/365, and Jensen Ervin of Augusta placed third in MOS Word 2019/365.

BE 196 is designed to offer any student access to practice-software to prep for three or more national certifications in Word, Word Expert, Excel, Excel Expert, PowerPoint, Access Expert and Outlook. Upon completing and passing the exam certifications, students are officially nationally certified. While the course is online, the exams must be taken in-person at a Certiport approved lab, which Butler proudly possesses.

Students benefit from the low cost of the course and the guidance of the instructor in preparation of those challenging exams. This one-credit-hour course is less than $100, where becoming certified outside of Butler could potentially exceed $300.

Once the exams are taken, scores are automatically entered into the state-wide competition where the highest exam scores qualify for a national competition.

Butler students competed against 13 to 22-year-old students in several middle schools, high schools, technical colleges, community colleges, and universities within Kansas. In 2019, there were more than 365,000 nationwide competitors.

Instructor of the course, Beth Cunningham, said, “A great thing about the Microsoft Office certifications is that they are nationally recognized as proof that the students have mastered a highly sought after and widely recognized skillset. It’s so exciting to watch the students build their résumés and increase their marketability in such a tangible way.”

As a result of this new BE 196 course, students are able to become nationally certified and compete for potential scholarships and national recognition.