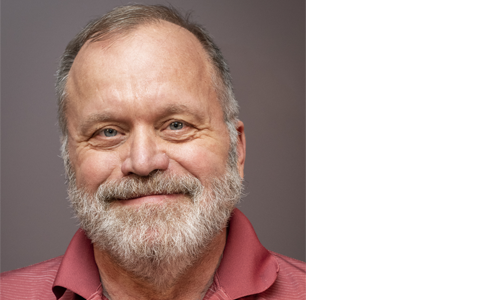 EL DORADO, Kan. – Mass Communications instructor Mike Swan was named the 2022 Master Teacher award recipient at Butler Community College’s Professional Development Day in January and will speak at the Honors & Awards Recognition Ceremony May 13 prior to graduation. Since 1973, Butler Community College Education Association (BCCEA) has selected a faculty member who exemplifies the qualities of student engagement, scholarship, exemplary teaching ability, service to the college and service to the association.

Swan’s honor also includes recognition by the National Institute of Staff and Organizational Development (NISOD) at their yearly conference.

An Ames, Iowa, native, Swan is in his 23rd year as an instructor at Butler. He holds bachelor’s and master’s degrees in journalism and mass communications from Iowa State University. He taught high school journalism and English in both Iowa and Texas before coming to Butler. He serves as the advisor for The Grizzly magazine, a high-gloss, full color student magazine. The Grizzly was named All-Kansas by the Kansas Collegiate Media (KCM) organization in 2016. Swan has also served as Student Sports Media advisor since the program’s inception 17 years ago. His students have won numerous print and broadcast awards from both the KCM and the Kansas Association of Broadcasters, going up against larger four-year universities.

BCCEA President Terry Sader points both to Swan’s successes in the classroom as well as his work with students on the award-winning The Grizzly magazine and in the Student Sports Media program as significant factors in his selection.

“His favorite part of teaching is seeing his students take pride in producing information for an audience, not just pleasing a teacher,” said Sader.

“I’ve watched over the years and worked with people who were honored as Master Teacher before,” said Swan. “This was a big surprise and was very appreciated. When I think of those other people who won, I’m honored. It was unexpected.”

“I am retiring this year,” Swan adds. “I had planned on it and every once in a while, I’m walking around on campus and it hits me, this is the last time. I appreciate the way I’ve been treated here and how the students are treated. I think it’s a good place.”