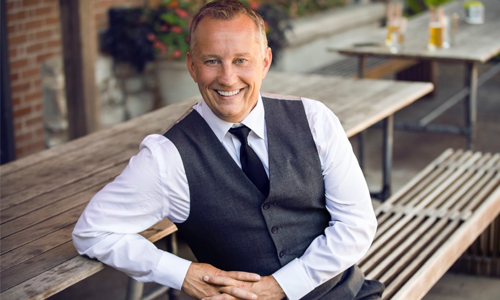 On January 19, 2023, at 7 p.m. Butler will host a recital with Dr. Scott Wichael, Associate Professor of Voice at Emporia State University. Performing alongside Dr. Wichael will be Amanda Pfenninger, Assistant Professor of Music and Keyboard Studies at Butler. The recital will feature works by Schumann, Liszt, and Rorem. Admission is free and open to the public.

“Praised for his expressive voice and versatile stage presence, Dr. Scott Wichael has appeared on stages throughout the United States with a repertoire ranging from Mozart to Floyd.

With over 40 roles in his repertoire, he has performed with such companies as: The Lyric Opera of Kansas City, Des Moines Metro Opera, Tulsa Opera, Indianapolis Opera, Opera Omaha and St. Petersburg Opera. Upcoming he will be performing Mime in Das Rheingold with the Miami Music Festival Wagner Institute, Monstatos in Die Zauberlöte with North Carolina Opera and the angel Raphael in Stewart Copeland’s oratorio, Satan’s Fall with Pepperdine University.