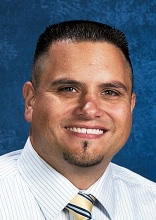 Prior to coming to Butler, Mr. Martinez spent fourteen years as a school band director. For the past twelve years Mr. Martinez served as the Director of Bands for Douglass Public Schools. He was responsible for all aspects of the band program, including Fifth Grade Band, Sixth Grade Band, Seventh and Eighth Grade Band, and Middle School Drum Line. At Douglass High School he was responsible for the Marching Band, concert Band, Drum Line, Select Ensembles and individual performances, as well as team-teaching Music Theory.

Under the direction of Mr. Martinez, the Douglass Bands consistently earned Superior Ratings at League and State Festivals, as well as at Marching Festivals including the Kansas State Fair and Arkalalah. The Douglass High School Band also earned invitations for featured performances at the Arkalalah Marching Festival, the Kansas Music Educators Association In-Service Workshop and at Wichita State University. Mr. Martinez has served as an adjudicator for area music festivals, as a guest teacher for Instrumental Music Methods Class at Wichita State University, and as a clinician for the Kansas Bandmasters Association.

At Butler, Mr. Martinez directs the Concert Band and Jazz Bands, as well as teaching applied lessons and Music Appreciation.

Mr. Martinez is an active participant in community service projects in Douglass and Rose Hill, as well as through his local church. Each summer Mr. Martinez enjoys playing trumpet with the Senseney Community Band along with colleagues and students. Additionally, each summer he participates and encourages his students and community members to participate with the Drums Across Kansas Drum and Bugle Corps program.

Mr. Martinez and his wife Sharlet reside in Douglass with their cat, Boo.

Charles G. Davis was born in Dallas, Texas in 1951. He attended high school in Garland, Texas, graduating in 1969. Mr. Davis received a Bachelor of Music and Masters of Music from Midwestern University in Wichita Falls, Texas between 1969 and 1975 and a Masters of Liberal Arts (History) from Stephen F. Austin State University in Nacogdoches, Texas in 1984. Charles has taught music and/or history at various Texas colleges including Coastal Bend College, Howard Paine University, Stephen F. Austin University and Lon Morris College. He worked as a field researcher at Texas Tech University for The Handbook of Texas, and published numerus articles for that publication. Mr. Davis has also been historical music director for various motion pictures including Gone to Texas, North and South, The Rough Riders, Alamo, Price of Freedom, and Glory.

Charles moved to Kansas in 2014 and is a member of Kansas Music Educators and Kansas Bandmasters associations. He is married to Joni Matthews Davis, his bride of 30 years, and resides in Augusta, Kansas. 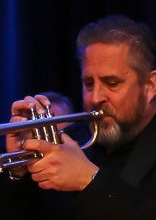 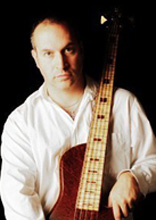 Roberto began to play in 1991, under the guide of Piero Orsini (Gipsy Kings - Lisa Hunt). In 1992, he began his first experiences, performing in top 40 and rhythm & blues bands. In 1993, he joined a jazz quartet, playing around the Milan (Italy) area in clubs and venues. From 1993 to 1995, he played in various fusion and funk band projects.

In 1996, Roberto joined "Diatriba," a flamenco-jazz band lead by virtuoso guitarist Marco Porcu. With the same band, he played the following three years on TV channel (Mediaset-Odeon TV), as well as, major clubs in all of Italy.  In 2003, he moved to London to study at the prestigious Trinity College of Music.