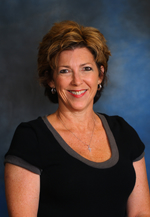 Valerie Lippoldt Mack, music and dance instructor at Butler Community College in El Dorado, Kansas has gained experience and recognition as a music educator and professional choreographer throughout the United States. Her choreography has been featured at Carnegie Hall, Disney World, national ACDA conventions and MENC workshops, the Miss America pageant, and various national show choir competitions and festivals around the country. Her best-selling books, IceBreakers: 60 Fun Activities to Build a Better Choir and IceBreakers 2 include favorite team-building activities and fun games as well as encourage students to be positive, focus-minded musicians. Valerie and Todd Schreiber co-authored Olympic Games for the Music Classroom. Valerie's newest resource book, Putting the SHOW in Choir! covers every aspect from staging a choir to auditioning, hiring a choreographer to dancing with style, recruiting males to dealing with stage moms.

At Butler, Valerie directs the Headliners Showchoir, the Smorgaschords Barbershop Quartet, and teaches tap dance and private voice. The Smorgaschord barbershop quartet has continuously placed in the International Collegiate Barbershop Competition. Valerie was honored as the 2002 Butler Master Teacher, has delivered commencement addresses, and is in demand as a motivational speaker for numerous events. 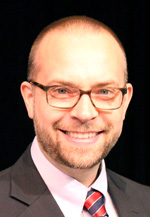 Matthew Udland holds a Bachelor of Music degree from Oklahoma City University in Music Theater and a Master of Music in Choral Conducting from the University of Missouri-Kansas City. He has performed in dozens of regional and national tour musical theatre and opera productions across the United States and been a featured soloist with symphonies, colleges, schools, and churches.  He is an active member and presenter at ACDA and NAfME conventions and has been the managing editor of the Missouri Journal of Research in Music Education since 2009. His professional choral experience includes clinician work, interim chorus director of the Wichita Symphony Chorus, as well as travel with professional period music ensembles. Mr. Udland and Mrs. Mack published Ice Breakers 3 through Shawnee Mission Press and his choral and a cappella arrangements can be purchased on sheet music plus.

At Butler, Mr. Udland rehearses the large Concert Choir which regularly performs with the Wichita Symphony Orchestra and Butler A Cappella which performs pop a cappella repertoire. He teaches Music Appreciation, Music Theory, and voice lessons, and works with the theater department as music director for musical productions. He has been the recipient of the School Bell Award from the El Dorado Chamber of Commerce, the John & Suanne Rouche Excellence Award, been voted the Student Life Outstanding Instructor, and Outstanding Student Advocate. He regularly works as a guest clinician and adjudicator for festivals and high schools in Kansas, Missouri, and Nebraska.

Chad has performed several recitals and opera/oratorio roles across the East Coast and in Kansas. Canadian composer Joshua Devine wrote an original work for tenor and orchestra, which Chad premiered with the Cairn University Symphony Orchestra. Chad has been a professional singer and pianist at several churches and synagogues and currently serves as Director of Music at Maize United Methodist Church. At Butler, he directs the Chamber Singers, Music Theory, Aural Skills, Headliners Combo, and Applied Voice while maintaining a private studio. 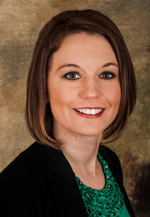 Amanda Pfenninger, Assistant Professor and collaborative pianist at Butler Community College, has performed with musicians across Kansas. She has also enjoyed teaching and coaching students, both in the studio and in the classroom. Pfenninger graduated Magna Cum Laude with a Bachelor of Music Education degree with an emphasis in Piano and Choral Conducting from Fort Hays State University and a Master of Music in Vocal Performance with an emphasis in Coach Accompanying from Wichita State University.  Amanda Pfenninger began her piano studies reluctantly at the age of six. As she acquired more skills, the world of music opened for her. In high school she was selected to study in Virginia Downing’s private studio. Pfenninger was selected as the Runner-Up in the KMTA Pre-College Plan B Auditions. At Fort Hays State University she was fortunate to work with currently Eastman faculty member Elinor Freer who introduced her to art of collaborative piano.  Pfenninger has accompanied for many students across Kansas at music festivals, recitals, concerto competitions, and NATS auditions. She has accompanied for District and All-State choirs and has collaborated with faculty and students at Fort Hays State University and Wichita State University.

Mrs. Pfenninger can be heard collaborating with soprano Emily Sternfeld-Dunn on the album She, a finalist for the American Prize in the Art Song category.  Pfenninger is also an accomplished soprano, having sung in Italy as a part of the Wichita State University Canta in Italia program. While studying opera in Florence, she was selected to sing opera scenes at a music school in Livorno. Pfenninger has been a soprano soloist as well, performing with the Fort Hays State University Symphony in Handel’s Messiah, Haydn’s Missa brevis Sancti Joannis de Deo and with East Heights United Methodist Church on Rutter’s Magnificat. She has sung roles in The Magic Flute, Into the Woods, Le Nozze di Figaro, Dido and Aeneas, L’enfant et les Sortilèges, and The Impressario.

Pfenninger has taught general music and choral music in the public school setting, most recently in Douglass, KS. She has been an active member of KMEA, KMTA, and has chaired the KCDA All-State Soprano-Alto Choir. Her piano students have received top honors at KMTA State Auditions, and her vocal students have received I ratings at State KSHSAA and league festivals and have been selected to All-State choruses. She lives in Derby, KS with her husband Scott and their two sons. 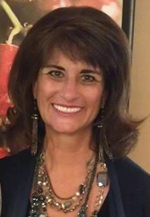 Heidi Teichgraeber graduated from Kansas State University with a BS in Music Education, with an emphasis in voice. Heidi has been a vocal music teacher in both public and private schools teaching grades 2-12. Heidi has worked with individual students for many years including private voice lessons, preparation for auditions, community work in 4-H with drama and music, community vocal performances, directing church children, youth and adult choirs, community Christian youth musicals and have been a soloist in the state of Kansas and Texas for different venues through the years. While teaching in the public schools she directed show choirs as well as large and small ensembles, was the musical director for all-school musicals, and worked with many, many students privately. She is a member of KMEA, MENC, Kansas Arts Foundation, and the Kansas State University Choir Advisory Council.