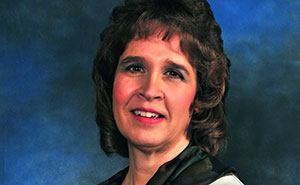 Lori Winningham, dean of the Math, Science and Education Division at Butler Community College since 1996, has been named the institution’s next Vice President of Academics (VPA).

With a career in higher education spanning nearly 30 years, Winningham began working for Butler Community College in 1992 as a full-time math instructor. She was named dean of her division in 1996. Math is Winningham’s foundation. She has served as a part-time math instructor for such institutions as Kansas State University, Merced College in California, Newman University, and Western Oklahoma State College.

“Anyone who knows Lori knows she is passionate about student success,” said Krull. “She has remained in the classroom as an instructor to purposefully stay connected with students and to understand their learning needs. In that sense, she exemplifies Butler’s mission.”

Winningham’s successes over the years are visible across Butler’s landscape. She helped create the Butler & Emporia from Students to Teachers (BEST) program with Emporia State University which provides the opportunity to earn a bachelor’s degree in Education from Emporia State without leaving Butler’s campus. The program is 11 years old and expanded offerings to Butler of Andover last year. She also oversaw the creation of the new Biotechnology degree in partnership with Manhattan Area Technical College. Butler is now poised to launch its own full two-year degree in August.

She was also an integral participant in Butler partnering with the Transportation Security Administration (TSA) to offer a Homeland Security degree through TSA airports across the country. The program is currently in three states and is preparing to expand to three additional states in the coming years.

“. . .We all know her commitment to serving students and making a difference in their lives,” Krull said in her memo. “She is an advocate for faculty, sets high standards of excellence personally and professionally, values her fellow colleagues at all levels, and lives Butler’s Timeless Institutional Values of quality, integrity, caring and service.”

Winningham’s background includes experience in financial management. She served as a budget analyst for the City of Wichita for a time in 1992, as Cost Analysis Director at Castle Air Force Base in California before that, and Financial Manager at the Los Angeles Air Force Base from 1988-1990 for the Space Systems Division following the Challenger tragedy.

A testament to her leadership qualities can be found in her Leadership Philosophy. “Trust and respect go hand in hand. You can’t have one without the other,” she writes. “This is the glue that binds us all together to achieve the mission.”

She is working on her dissertation toward a Doctorate in Education in Leadership in Higher Education through Baker University. She holds a Master of Business Administration from Chapman University, a Bachelor of Science in Mathematics and is a ROTC graduate from Kansas State University, as well as an Associate of Arts from Cloud County Community College. She is also six courses away from a Bachelor’s degree in Accounting from Cameron University.

Winningham currently serves on the Andover YMCA Advisory Committee, and over the years has been active with her children’s school and 4-H activities, the American Red Cross, and her Church. She and her husband, Jim, have four children, Jamie, Andy, Steven and Evan. They reside near Andover.