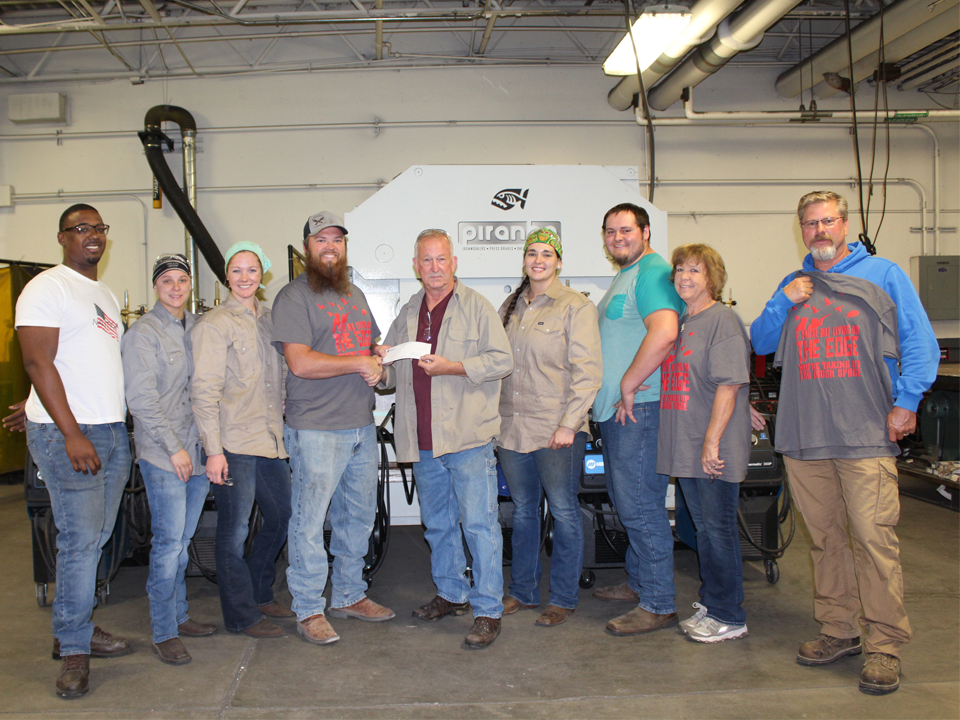 The Jeremy Brown Fun Shoot event raised $6,000 for Butler’s welding program. Since the event started five years ago, the Fun Shoot has raised $24,000 for Butler Community College’s welding department. Seth Kelly started the event to honor his friend Jeremy Brown, a student in the welding program in 2003 and 2004, after Brown died in 2012 due to an ATV accident. Brown enjoyed sport clay shooting.

Just under 150 shooters participated in The Fun Shoot held on Sept. 15 at Lynbrooke Sporting Clays, just north of Augusta. The event consisted of a 50-bird target course, 13 stations, five-person teams and flights starting at 9 a.m. and noon.

“It’s a fun event. I think he’d be smiling on us for helping these guys and gals pursue their welding career,” Kelly said.

The money raised for the welding department is split between an endowment (fund) and money used at the discretion of the welding instructor Matthew Galbraith, who uses that money to help students.

Janet Brown, Jeremy’s mother, is touched that people are honoring both the program and her son.

“This event is very humbling,” Janet Brown said. “I love the fact that it helps the students. Jeremy loved it out here (the welding department).”