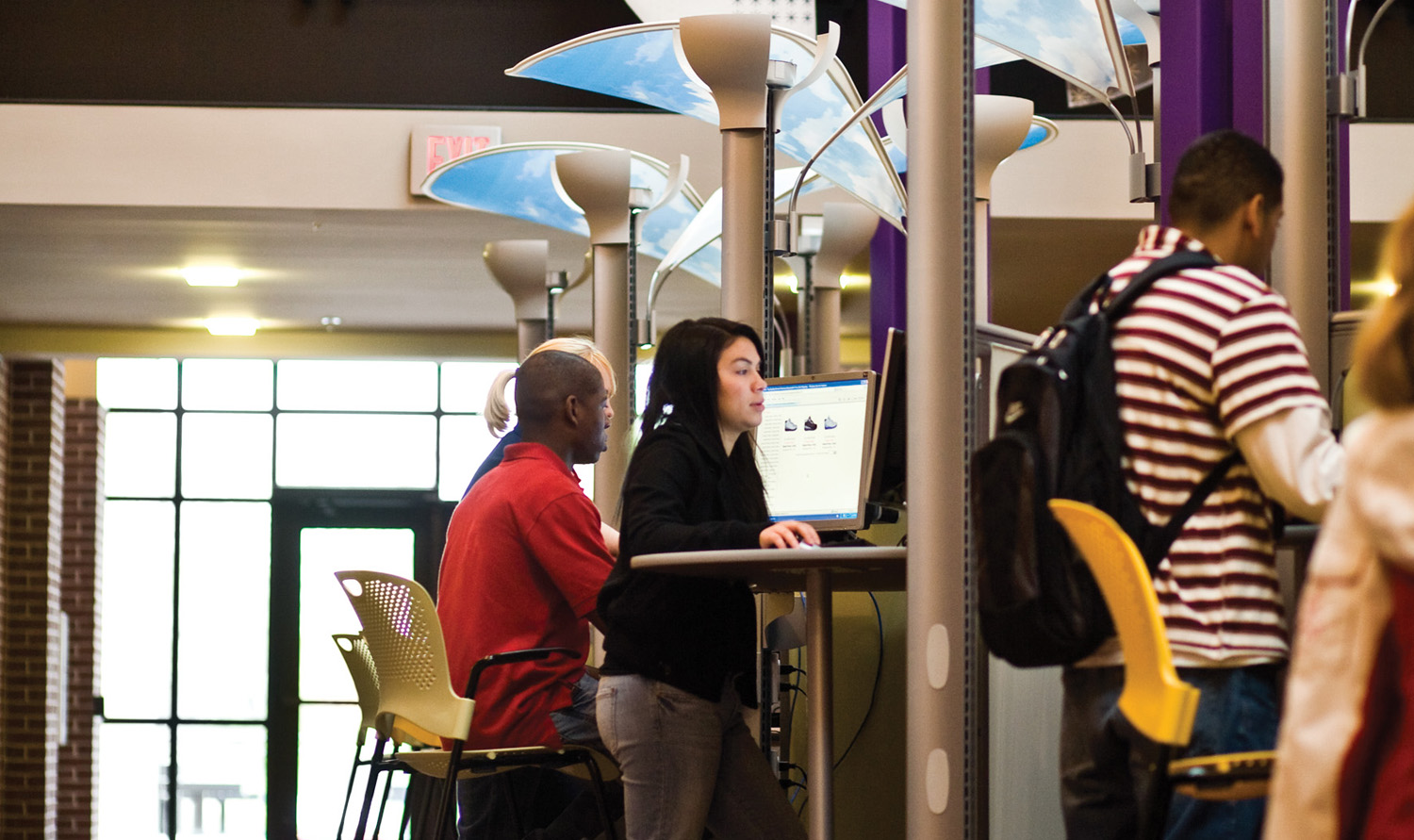 “Our students passed the first hurdle and made it to finals,” Ray said. “About half of the 800 or so participants got cut.”

Jordan and Nguyen were pleased with their results.

“The hack was an awesome experience,” said Jordan of Rose Hill. “It was a very fun and educational experience that I look forward to trying again in the future.”

Butler students worked with strangers. They learned about teamwork, what they needed to know and what they did not know yet.

“This was my first hackathon, and it happened exactly how I imagined, where programmers worked together on a project,” said Nguyen who lives in Wichita. “I learned a lot from it, especially how to deal with the deadline and work as a team.”

The Hackathon was held in partnership with several international organizations. Participating teams, which included college students and professionals, worked to build tools, apps and platforms to help immigrants in St. Louis make connections and find locations. Each team consisted of five people and had 48 hours to make an app from scratch. According to Ray, these apps normally take professional programmers years to make.

“It was an exciting event. Our students held their own,” Ray said. “I wanted to find new technology that I could teach and share with my students. This helps them understand real-world technology.”

Ray, who has attended the event for years, looks forward to having more Butler students attend.

“Attending a conference like this puts a lot of pressure on them,” Ray said. “But they polish their skills and learn new ones. There will be jobs waiting for them in the future.”