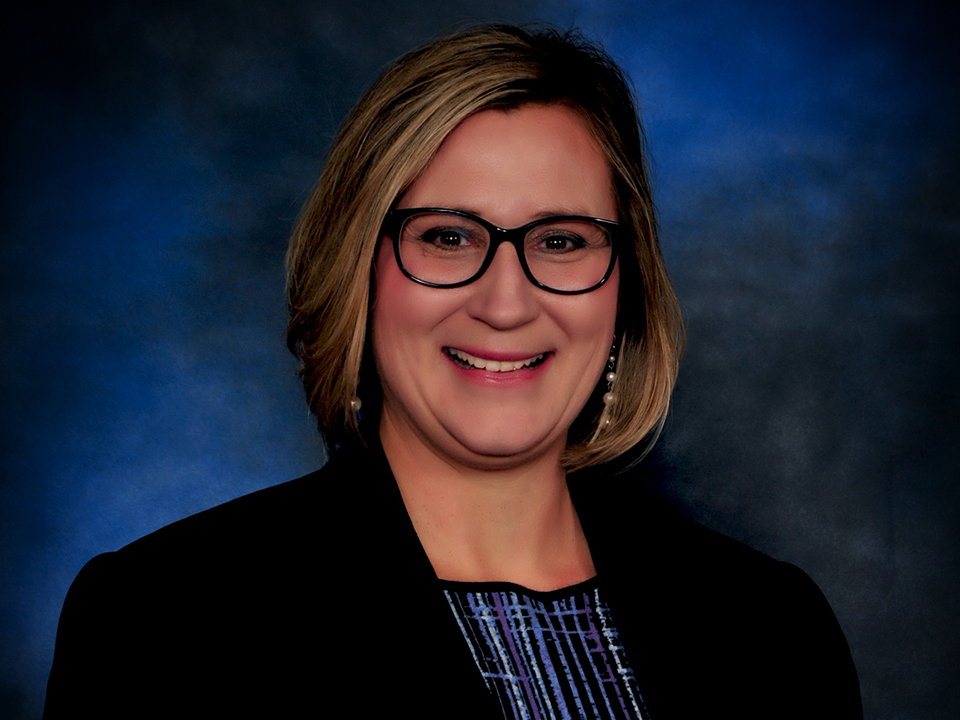 Butler names Noreen Templin as the 2019 Master Teacher. She will receive her NISOD Excellence Award in May at Austin, Texas.

Noreen Templin was named the Master Teacher Award recipient during Butler Community College’s Professional Development Day held for faculty in January. Receiving the award also means Templin will represent Butler as the recipient of the National Institute for Staff and Organizational Development (NISOD) Excellence Award which she will receive in May at Austin, Texas. NISOD assists community and technical college staff in professional development as well as helping faculty meet the needs of students.

According to NISOD, the Excellence Award recognizes community and technical college faculty who perform “extraordinary work on their campuses.” Those chosen have “demonstrated outstanding commitment and contribution to their students and colleagues.”

“It was exciting. I was very honored that I was chosen,” said Templin. “You feel like you are doing something right; that you’re really helping students, and that other people have noticed.”

To receive the Excellence Award, Templin will travel to Austin with her family to attend a banquet and awards ceremony where she will be awarded a medallion. At Butler, her photo will be added to the wall collection of previous Butler Community College Master Teacher recipients, awarded since 1973. She will also be granted the opportunity to deliver the keynote address during the Order of the Purple Ceremony for Butler’s top academic performing students.

Templin holds a Bachelor’s Degree in Business Administration and a Master’s Degree in Arts in Economics from Wichita State University. She received her Doctor of Education in Leadership in Higher Education from Baker University. She started at Butler in 1999 as an adjunct. In 2011 she became a full-time faculty member. Over her 20 years of teaching, she has learned to find ways to engage students by implementing real-life situations into her lectures. Her classes not only entail economics, but include topics such as politics, current events and civics. Events like the 2009 recession repeatedly force economic professors like Templin to stay alert and continually update class content.

“I truly believe the instructors are here for the students; we want to see everybody succeed,” said Templin. “Even though they’re not going to all be Econ majors…I can give them a glimpse into the decision making process, and help them be better citizens, better employees and better leaders for tomorrow.”