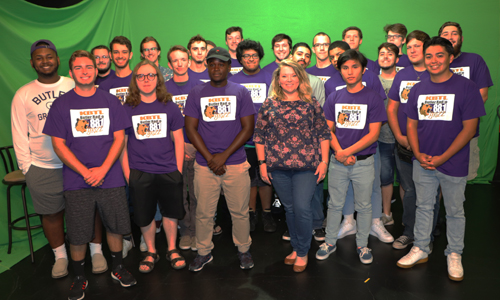 According to Keith West, Butler radio general manager and television advisor, “I’m very proud of all of our students in the mass communications program. Their practical skills consistently earn high awards that translate into jobs in the industry. Our success in the Research Paper categories against four-year universities proves Butler is a winner in academics as well.”