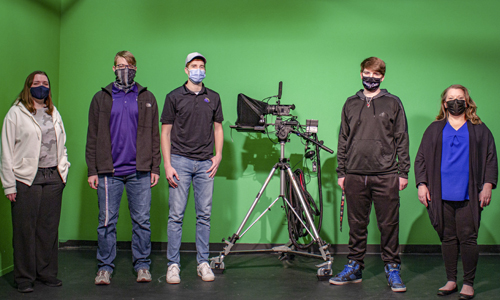 On March 11, the Kansas Association of Broadcasters announced the winners of this year’s Student Production awards. Ten Butler students received 12 awards for radio and television programming created over the past year. In Kansas, all two-year and four-year programs compete against each other. Butler received four times as many awards as all other two-year colleges combined, and ranked fourth in the state compared to undergraduate awards received by four-year universities. Over the 24 years the KAB has sponsored a student production competition, Butler has received 100 first place awards, 78 second place awards, and 95 honorable mentions for a total of 277 awards.

The following Butler students received awards from the KAB. Normally, awards are presented at a luncheon held during the organization’s Student Seminar, but due to COVID-19, the April 8 seminar will be virtual. First and second place winners receive custom plaques, while those receiving an Honorable Mention take home framed certificates.