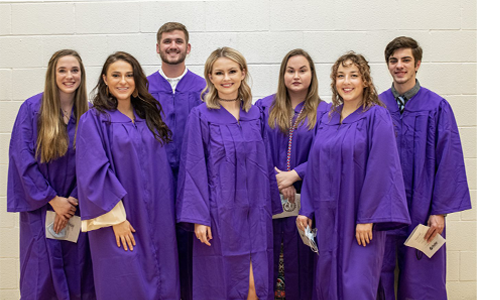 EL DORADO, Kan. – For Butler nursing student and military veteran Kylie Greybill, stepping forward to receive her nursing pin was the culmination of a long-awaited dream. Coming from a military family, Greybill enlisted in the Air Force out of high school with the intention of serving in the medical field. When she was instead chosen for airfield management, she realized her dream would have to wait.

After serving four years, Greybill left the Air Force in 2013 to be a stay-at-home mom, while her husband continued his military career. When the family was reassigned from Eilsen Air Force base in Alaska to McConnell, Greybill saw her opportunity to pursue a career in medicine - enrolling in Butler’s joint ADN/BSN program with the University of Kansas.

Greybill credits the military with helping her succeed through the rigorous program.

“The military, it gives you a sense of yourself. They pretty much break you down in basic to build you back up, and I just got the discipline from them, the attention to detail, working under pressure. They make sure you excel at that.”

Greybill also found the exposure to different cultures during her enlistment has been an asset to her nursing education.

“Just always working with a multitude of people. I worked with JASDF - which is the Japanese Air Force – while I was in Alaska. Just getting the different cultures and everybody from all these different backgrounds helped me in the nursing area, going through clinicals.”

Greybill will soon be putting her nursing skills to good use. As her family is packing up to move to Utah for her husband’s next assignment, Greybill has already accepted a position in an Intensive Care Unit, ICU, there.

On Thursday, May 13, 66 Butler nursing program graduates stood to take their nursing pledge and receive their pins, including Butler’s first hearing-impaired graduate of the program, Kellie Troyer, as well as seven students receiving their joint KU BSN degree.

“Nursing and all that it encompasses is an incredibly special field to work in, and it takes commitment, dedication, faith, patience and a tenacious spirit to complete the required schooling for those who choose to follow the path of becoming a nurse. Each person you see in this class has had their own journey to follow in pursuit of this dream, and none of our stories are the same,” said Davis.

Next, the International Council of Nurses’ Pledge was recited by Jessica Martin, class vice president.

Ediger presented the KU BSN graduates, explaining the requirements of the program.

“Several years ago, the University of Kansas approached the Butler Nursing Program about creating a partnership that would allow students to earn their bachelor's degree in nursing from KU and never have to leave the Butler campus. Students interested in this partnership completed approximately 60 credit hours of general education classes prior to simultaneously entering the Butler Community College and University of Kansas Nursing Program.

Two years ago, there were seven students who embarked on this journey by entering the program of both of these nursing education powerhouses in the State of Kansas. Students in this partnership not only successfully completed every requirement of the Butler Nursing Program, but also completed a minimum of six credit hours of online coursework for each semester through KU, for a total of 30 extra credit hours.”

The event culminated in the pinning of 66 new Butler graduates who are ready to embark on their nursing careers. 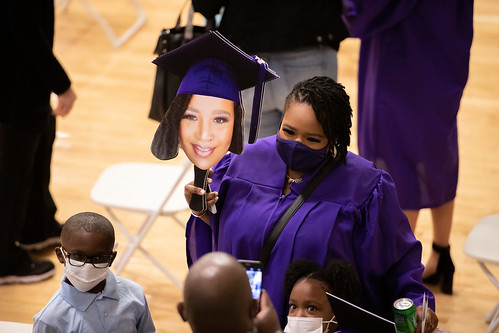