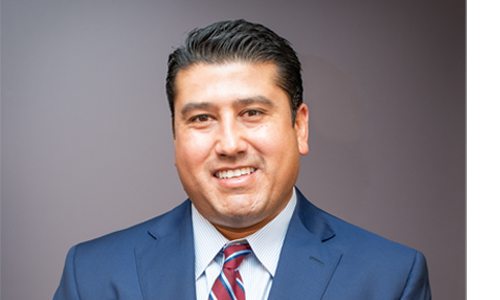 He is a passionate educator who has 15-years of experience as a professor, researcher, director and leader in higher education. He replaced Christy Streeter after she left the position in June.

Guerrero discovered his passion for education at a very young age and his inspiration began when he visited dozens of college campuses across the country. He started medical school in Mexico, then graduated from two top universities in the United States. He received a Bachelor of Science in Mathematics & Biology from Northwestern Oklahoma State University and a Master of Science in Exercise Science from Oklahoma State University. Five years later, he completed his doctorate in philosophy in Health Education from Texas A&M.

Recently, Guerrero was the Kinesiology Program Chair at Our Lady of the Lake University (OLLU) in San Antonio, Texas, where he updated the Kinesiology curriculum with four new career concentrations: Teacher Certification, Health Professions, Sport & Fitness Management, and Kinesiology Generalist.

He also improved internship opportunities for students by engaging businesses, clinics and community organizations in the San Antonio area. In addition, he initiated a Kinesiology laboratory, a student research program and a Kinesiology student organization to enhance the student experience. As a result, his department achieved record retention rates in 2017-2018 and graduate school acceptance and job placement rates increased in less than one year.

“My experiences at OLLU were rewarding for several reasons. We began providing our majors options for lucrative career opportunities, especially the large population of first-generation students we served from the west side of San Antonio. All the work we did helped to improve the perception of the Kinesiology program within the OLLU campus and throughout the San Antonio community.”

Before OLLU, Guerrero worked as the Director of Graduate Programs at Texas Woman’s University. Even through a challenging enrollment decline with the program, Guerrero saw opportunities and used his leadership competence to strengthen and improve the graduate program within one year. After reconstructing the graduate application process and improving several policies and procedures, his department increased enrollment by 200%, bringing $600,000 to the school’s revenue. Moreover, improvements helped identify quality graduate students and research production between students and faculty increased.

“My goals are to produce the enthusiasm, energy and vision necessary to continue enhancing Butler Community College into the most premier community college in the country,” said Guerrero.