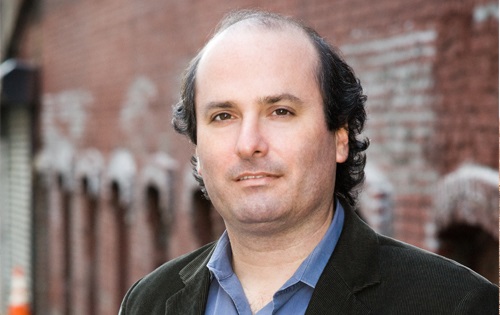 The Butler Community College Foundation is pleased to announce Killers of the Flower Moon author David Grann is scheduled to speak on September 14, at 7 p.m. in the Hubbard Welcome Center located on the college’s campus in El Dorado. The presentation is part of the long-established Harold Smith Cultural Series and is free to the public with ticket.

David Grann, New Yorker writer and bestselling author of Killers of the Flower Moon and The Lost City of Z, doesn’t just produce captivating stories—he lives them. Whether crossing the ocean on a skiff or trekking for months through the Amazon, Grann immerses himself in his reporting to give his stories a pace and intensity unlike any other.

Grann’s book, Killers of the Flower Moon: The Osage Murders and the Birth of the FBI, is a true crime tale that unravels one of the most sinister crimes and racial injustices in American history. The Osage, after being driven onto a presumably worthless reservation in Oklahoma, discovered oil under their land and became the wealthiest people per capita in the world. Then, in the 1920s, they began to be mysteriously murdered. Grann documents how one of the most sinister crimes in American history connects to Native Americans’ current fight to control their land and resources.

With more than 30 weeks on The New York Times nonfiction bestseller list, Killers of the Flower Moon was a finalist for the National Book Award and ranked #1 on Amazon’s Single Best Books of the Year. The film adaptation of the book, under the direction of Martin Scorsese and starring Leonardo DiCaprio, is scheduled to be released late 2022. The film’s cast also includes such names as Robert De Niro, John Lithgow, and Jesse Plemons.

In his talks, Grann explores his creative process – from what initially inspires him to investigate a story to his painstaking research and then links the (often) forgotten histories to their relevance to today. His presentation, Killers of the Flower Moon: The Arc of Justice will highlight how the struggle for Native American rights extends from the first contact with whites to the present day with Standing Rock. Grann highlights the saga of the Osage Indians, who once controlled the central part of the country.

Before joining The New Yorker in 2003, Grann was a senior editor at The New Republic and the executive editor of The Hill. His work has appeared in the New York Times Magazine, The Atlantic and The Washington Post.

Due to the popularity of this free event, tickets are required for attendance. An overflow room is planned with a livestream of the event. For those unable to physically attend, the event will be livestreamed on Butler’s BCTV Channel 20. To reserve tickets or to access the livestream visit butlerccfoundation.org/haroldsmith.

This event is made possible by the Butler Foundation Harold Smith Cultural Series in partnership with Kansas Strong. The Reliant Bookstore of El Dorado will have books available for purchase. The Harold Smith Cultural Series was established in 1998 through the estate of Harold Smith – a gift given to the Butler Foundation. Smith attended El Dorado High School and then El Dorado Junior College (now Butler Community College) before attending Northwestern University in Chicago in 1930. Mr. Smith’s vision was to create free, unique cultural opportunities for Butler County residents they may not otherwise experience.